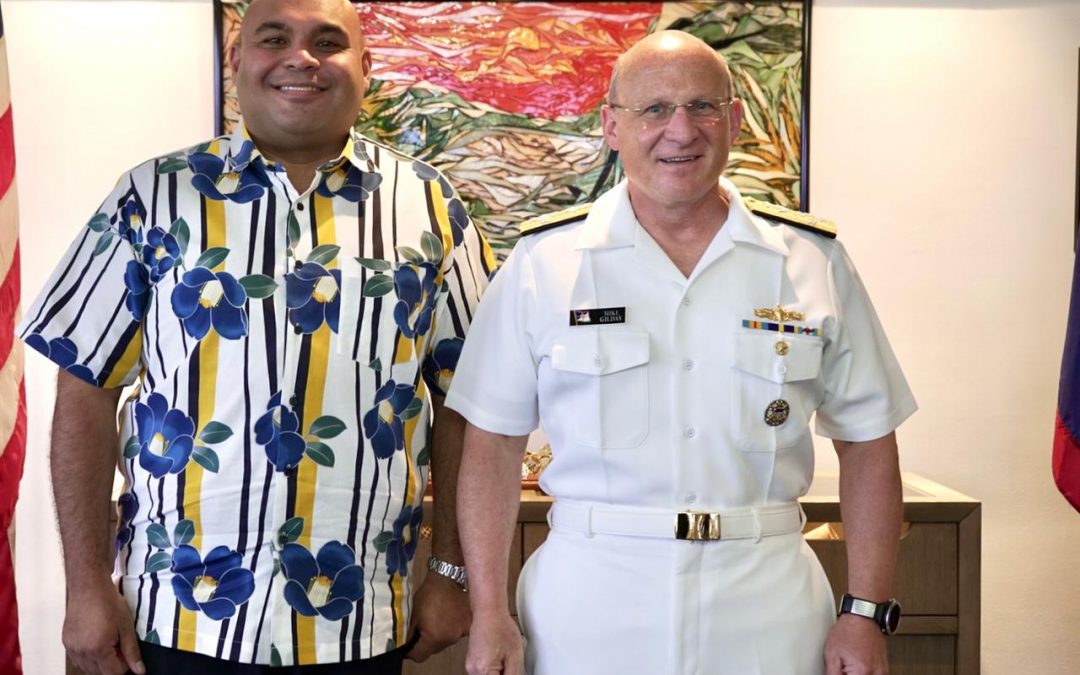 In particular, Acting Governor Tenorio expressed his appreciation for the U.S. Navy in facilitating the identification of land for a new public healthcare facility – a hallmark priority of the Leon Guerrero-Tenorio Administration.

Acting Governor Tenorio emphasized the importance of the return of excess lands to Guam’s people, maintaining cooperation and peace in the region, and the conservation of Guam’s local artifacts and historical sites.

Acting Governor Tenorio further stated, “It was a pleasure meeting Admiral Gilday and his wife Linda today. I look forward to the continued partnership between our administration and the United States Navy. A strong working relationship allows us to safeguard security for ourselves and our neighbors in the Asia-Pacific region.”

Admiral Michael Gilday is the 32nd CNO, serving in the position since 2019. Admiral Gilday has various naval accolades including being a recipient of the Defense Distinguished Medal, Distinguished Service Medal, multiple Defense Superior Service medals, multiple Legion of Merit awards, the Bronze Star, the Navy and Marine Corps Commendation Medal with Combat “V” and the Combat Action Ribbon. Additionally, Admiral Gilday has served as Chairman of the Joint Chiefs of Staff, Director of Operations for NATO’s Joint Force Command Libson, Chief of Staff for Naval Striking and Support Forces NATO, and as Naval Aide to the President of the United States.