Statement on the Passing of Former Speaker Joaquin C. Arriola 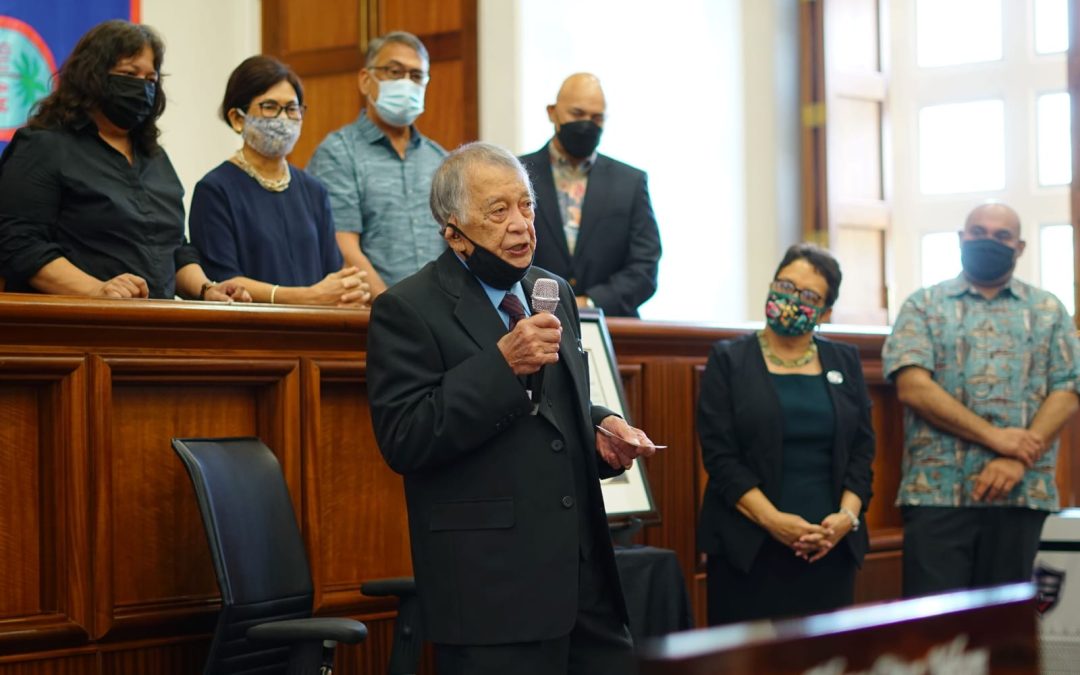 “We join the island of Guam in mourning the passing of the Honorable Speaker Joaquin C. Arriola, a trailblazer for our local law community at the forefront of Guam’s judicial history, who was one of the first CHamoru lawyers,” said Governor Lou Leon Guerrero. “With his respected integrity in law, in addition to his public service as a lawyer, judge, senator, and island leader, Speaker Arriola devoted 67 years of his life to ensuring the people of Guam had a voice of moral fortitude representing them not only in important legal matters but also as a notable war hero who helped rebuild Guam from the ashes of World War II. We extend our sincerest condolences to his children Jacqueline, Anita, Lisa, Vincent, Franklin, Michael, Joaquin Jr., and Anthony.”

“The passing of Speaker Arriola is especially felt as our island works toward recovery and the commemoration of our 78th Liberation Day. As a war survivor who endured Guam’s occupation and helped American forces free our people, we are deeply saddened by this giant loss in our Greatest Generation,” said Lt. Governor Josh Tenorio. “Speaker Arriola carved out a legal career that would eventually lead to generations of civic leadership including as president of the Guam Bar Association, Associate Justice of the Supreme Court of Guam, and senator for six terms in the Guam Legislature. He was a postwar role model for resolute civic engagement whose legal contributions significantly advanced and protected justice and the rule of law. Our island continues to benefit from the fruits of his public service including through laws he passed to strengthen Guam’s judiciary, legal structures, hospital, health care, and public lands.”