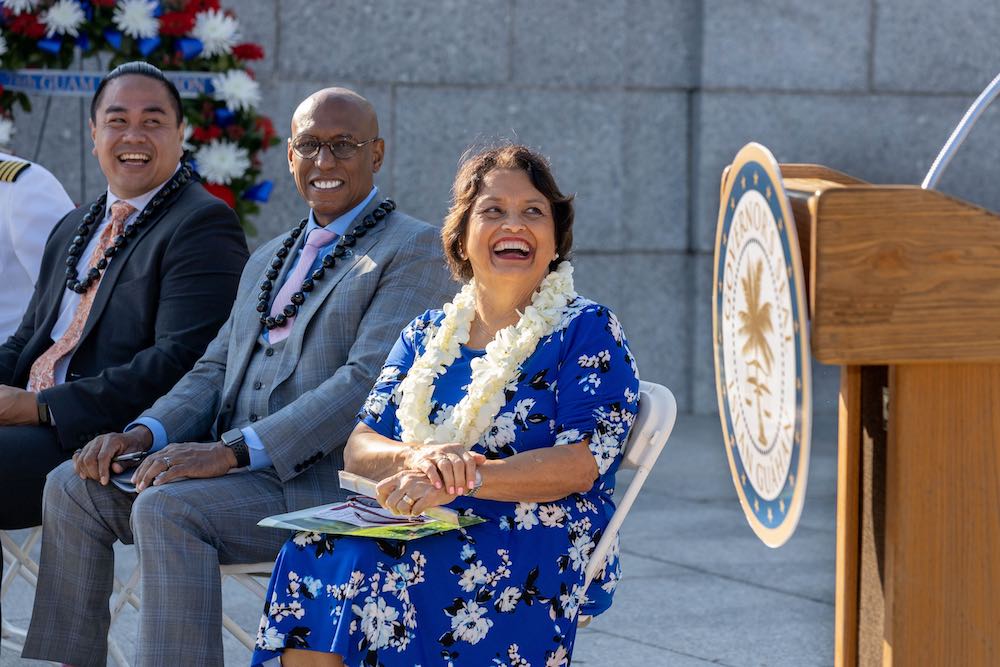 Hagåtña, Guam – Governor Lou Leon Guerrero and Lt. Governor Josh Tenorio look forward to building upon their veterans initiatives as they anticipate the visit of Deputy Secretary Donald Remy of the U.S. Department of Veterans Affairs (VA) to Guam on August 22, 2022.

Deputy Secretary Remy was the guest of honor at the 78th Liberation Wreath Laying Ceremony at the World War II Memorial in Washington, D.C. last month. It was there that the Deputy Secretary expressed his desire to talk more about veterans issues in Guam soon.

“The Guam Office of Veterans Affairs (GOVA) has been working with the U.S. Department of Veterans Affairs (VA) to prepare for Deputy Secretary Remy’s visit to Guam,” stated Governor Leon Guerrero. “We will be presenting to Deputy Secretary Remy our ongoing efforts to enhance services for our island’s veterans, as well as recommended resolutions for the VA to further support our veterans, who have sacrificed for our nation. Our Administration is committed to ensuring that our veterans’ needs are considered by the highest levels of the VA.”

The National Association of State Directors of Veterans Affairs (NASDVA) typically hosts two conferences each year. During its February conference, GOVA Director Tim Aguon extended the Administration’s invitation to the leadership of the U.S. Department of Veterans Affairs to visit Guam after its second conference in Honolulu, Hawaii from August 14 to 17.

“We have been looking forward to welcoming Deputy Secretary Remy to Guam since our invitation to VA leadership in February. We knew we had to request for a visit during a time VA leadership would be in the region,” said Lt. Governor Tenorio. “His trip to Guam will likely include visits to the Guam Office of Veterans Affairs, Guam Veterans Cemetery, Community-Based Outpatient Clinic (CBOC), Guam Vet Center, and Guam Benefits Office.”

In June, Lt. Governor Tenorio met with senior VA leaders in Hawaii to discuss the construction of the Medical Complex, including a Veterans Clinic, and the expansion of access to veterans health services. Lt. Governor Tenorio further discussed the need to expand the VA workforce assigned to process and approve Guam veterans’ benefits and services.