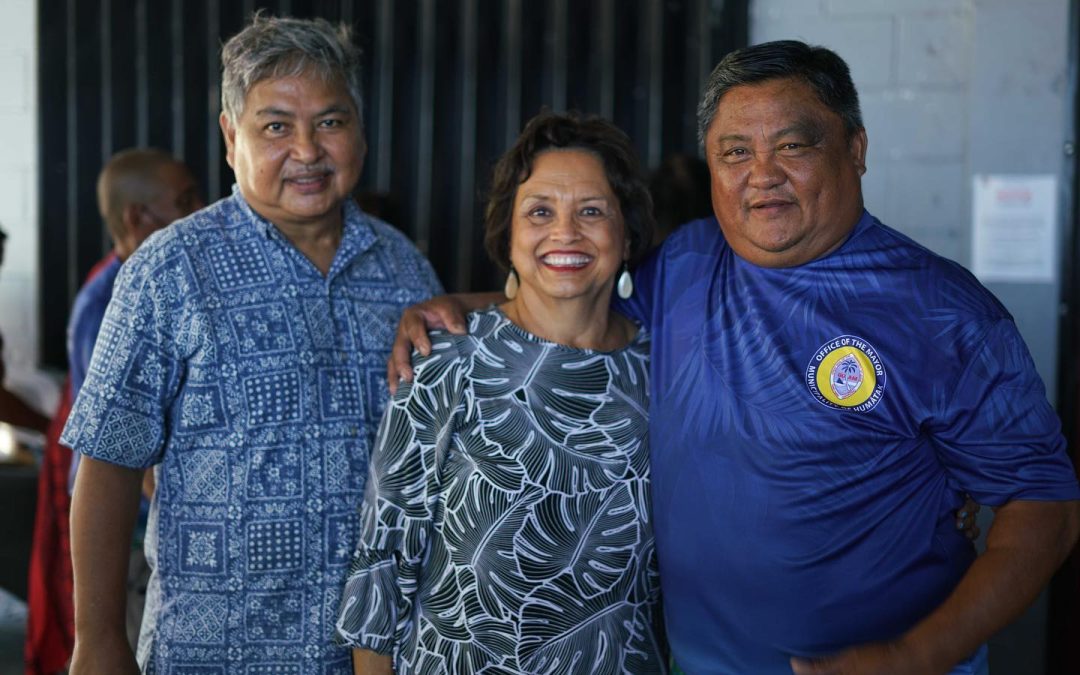 “This list of historic places celebrates the interconnection of American culture, including F.Q. Sanchez Elementary School. With this designation, we not only honor but also put a national spotlight on the rich history of the Humåtak village, its people, and our CHamoru culture. We stand with the people of Humåtak and support every effort to rehabilitate this historic structure while giving it a new life as a modern center for the village,” said Governor Leon Guerrero.

“We appreciate the recognition by the National Trust for Historic Preservation and the diligent work of the Guam Preservation Trust. Preservation is a way of building stronger communities and investing in our future, but most importantly showing respect for our history and culture,” said Lt. Governor Tenorio. “We achieved this feat together, securing the funding to recover this historic building and repurpose it for the Humåtak community and the survival of our southern culture. We hope this national spotlight provides an awareness of the story of Francisco Q. Sanchez to a new generation here on Guam and across the nation.”

Built in 1953 and designed by Viennese architect Richard Neutra, F.Q Sanchez Elementary School was Humåtak’s only school until it closed in 2011. The school’s name commemorates Humåtak village resident Francisco Q. Sanchez, the school’s first principal and an early pioneer of historic and cultural preservation in the village. Today, the building is vacant, unusable, and deteriorating. In March 2022, Governor Leon Guerrero signed Public Law 36-82 into law that would allow $3.5 million in funding to go towards the rehabilitation of the school.

“I attended F.Q. Sanchez Elementary School like many others, so we were hurt to see the school close down many years ago. So, whether you attended the school back then, have roots in Humåtak, or are even a Chamorro living in the states, we should all be proud that our school was selected out of all the historical sites. I want to thank the senators who passed [Bill 172-36] and for the Governor for signing it into law. We are happy that so many good things are happening in our village,” Humåtak Mayor Johnny Quinata.

Since 1988, the National Trust has used its list of America’s 11 Most Endangered Historic Places to raise awareness about the threats facing some of the nation’s greatest treasures. The list has spotlighted more than 300 historic sites across America at risk for destruction or irreparable damage, ranging from the National Mall Tidal Basin in Washington D.C. to Civil War battlefields to the ancient Pagåt village, which was designated to the list in 2010. Last year, Guam Preservation Trust nominated F.Q. Sanchez Elementary School for the annual list. In 1998, the school was also named to the National Register of Historic Places.