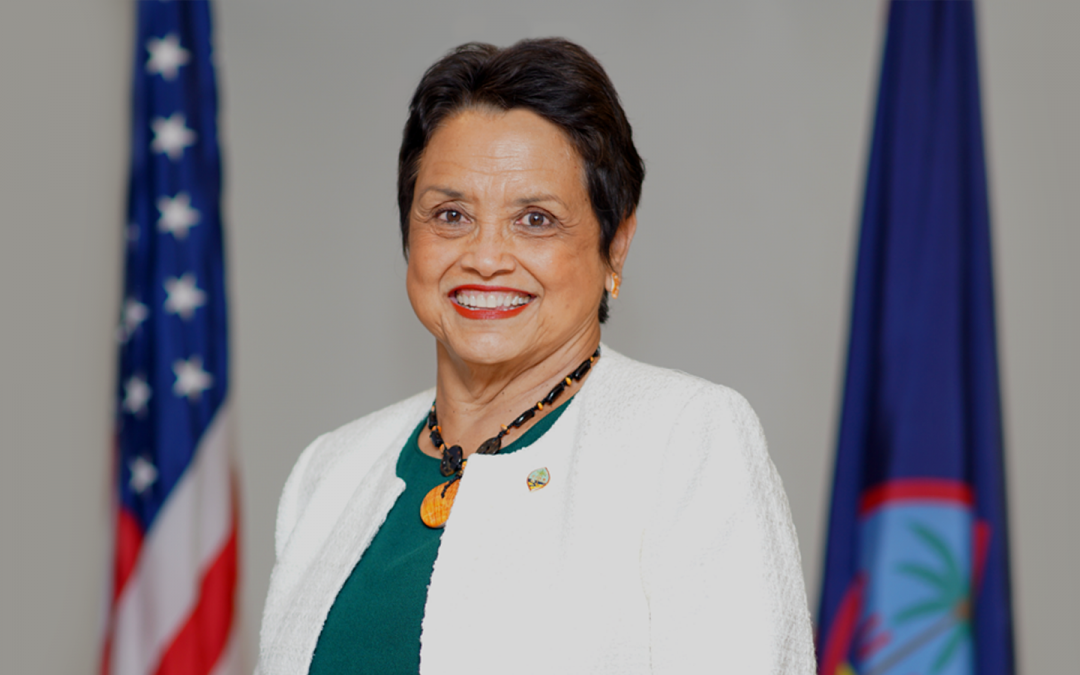 “From voicing the healthcare needs of our veterans and improving foreign labor programs for local construction projects to commemorating Guam’s historic liberation and addressing today’s national security matters, our Administration is very committed to meeting the unique challenges we face with the support of our federal and congressional partners,” said Governor Leon Guerrero. “Despite the short timeframe, I engaged with Biden Administration cabinet members and key advisors, Department of Defense leaders, and many friends of Guam. Building on our collaborative partnerships, I look forward to seeing the progress planted during these critical meetings come to fruition and continuing our strong efforts to foster a more prosperous future for our island.”

Below are brief descriptions of Governor Leon Guerrero’s meetings in Washington D.C.:

Governor Leon Guerrero met with Brian Garrett, staff director for the House Armed Services Committee, to discuss Guam’s concerns with the proposed language submitted to the House Committee on Rules for the 2023 NDAA, which would raise already record-high construction costs and harm small businesses engaged primarily in the construction of local infrastructure, affordable housing, and private home construction. The Governor’s request was to leave the current provisions in place and extend the H-2B extension to 2029.

Governor was informed that the legislative proposal submitted to the House was withdrawn at the last minute.  The Senate Armed Services Committee (SASC) on Monday, July 18, 2022, offered its version, which supports the extension of the current exemption.  The Governor will advocate to keep the current language introduced in the Senate version, which also extends the H2B program to 2029.  The Senate version of the H-2B provision will go through committees and conference between the House and Senate Armed Services this summer.  If passed in the final NDAA, this would be beneficial for local contractors, especially those who intend to build homes and infrastructure which support our people and local economy.   It is the Administration’s sincere hope that contractors take the opportunity to engage in projects which bring vitally needed affordable housing and real estate inventory to the market to benefit our community.

Governor Leon Guerrero met with DHS officials, including Kelli Ann Burriesci, Deputy Under Secretary for the Office of Strategy, Policy, and Plans, and Capt. Paul Grett of the U.S. Coast Guard, to discuss the Governor’s national security concerns on the monitored influx of immigrants from the Commonwealth of the Northern Mariana Islands. The Governor requested assistance from DHS and the U.S. Coast Guard due to Guam’s jurisdictional enforcement limits.

Governor Leon Guerrero met with U.S. DOL officials to express her concerns on the proposed H2B amendment to the 2023 National Defense Authorization Act (NDAA) that may present challenges for Guam’s small businesses.  Working with USDOL and the House Armed Services Committee, the amendment was withdrawn at the last minute, and the Senate version again keeps the current language and extends the H2B program to 2029.

Governor Leon Guerrero met with Under Secretary of the Navy Erik Raven and Assistant Secretary of the Navy Meredith Berger for Energy, Installations & Environment and requested their assistance in securing an extension for Guam’s H-2B Program to assist with the island’s growing infrastructure projects. She also explored opportunities to spur economic activity for Guam. The governor shared her appreciation for the great partnership between the Joint Region Marianas and INDO Pacific Command in addressing mitigation efforts and other opportunities for collaboration.  Also discussed was the long-standing CERCLA case and the Governor’s desire to negotiate and resolve this long-standing issue between the Navy and the people of Guam.  The Governor looks forward to the Navy’s participation with the U.S. Justice Department in resolving this case for the people of Guam.

Governor Leon Guerrero addressed an audience of military service members, White House dignitaries, and CHamorus living in the U.S. during a ceremony hosted by the Guam Society of America, Guam Visitors Bureau, and Washington D.C. Liaison Office at the World War II Memorial and attended a separate ceremony at Arlington National Cemetery.

National Security in the Indo-Pacific

Governor Leon Guerrero met with Dr. Kurt Campbell, U.S. National Security Council Coordinator for the Indo-Pacific, to discuss Pacific Matters.  She discussed her concerns about the influx of immigrants to Guam, Guam’s H-2B Program, and the establishment of a Guam medical complex that, in addition to the local population, addresses the healthcare needs of Guam’s veterans and COFA migrants.  The Governor and Dr. Campbell discussed National Security interests in the region and were pleased with Dr. Campbell’s detailed explanation of the Blue Pacific Initiative, which stands in solidarity with our brothers and sisters of the Pacific islands to enhance cooperation in “climate crisis, connectivity, and transportation, maritime security and protection, health, prosperity, and education.” Dr. Campbell also discussed the upcoming Pacific Islands Council of Leaders summit coming up in September, which President Biden will be attending in Hawaii.  We await more details on this.

Governor Leon Guerrero met with OLDCC Director Patrick O’Brien and Gary Kuwabara, Deputy Director of the Western Regional Office, to discuss the Port Authority of Guam’s master plan and efforts to enhance Guam’s operational resiliency and sustainability as a critical asset to national security. Mr. Kuwabara expressed his gratitude to the Leon Guerrero-Tenorio Administration for their action in support of the USS Theodore Roosevelt and her crew earlier in the COVID-19 pandemic. The Governor reaffirmed her support of military readiness on Guam and the role of the Department of Defense in ensuring operations are responsive and responsible.

Governor Leon Guerrero met with Vice Adm. Jon Hill, director of the Missile Defense Agency, to discuss the Guam Missile Defense System and efforts to bolster national security in the region. VADM Hill shared the ongoing planning efforts by MDA and DoD partners at Joint Region Marianas and INDO Pacific Command and committed to working with the Governor and her team moving forward.  Governor Leon Guerrero expressed the need for MDA and DoD to ensure that Guam is included in the planning efforts noting the need to ensure ongoing protection of the environment and respect for Guam’s culture and historic preservation efforts.

Governor Leon Guerrero joined U.S. Secretary of the Interior Deb Haaland to attend the Commandant of the Marine Corps Evening Parade at the Marine Barracks in Washington D.C.