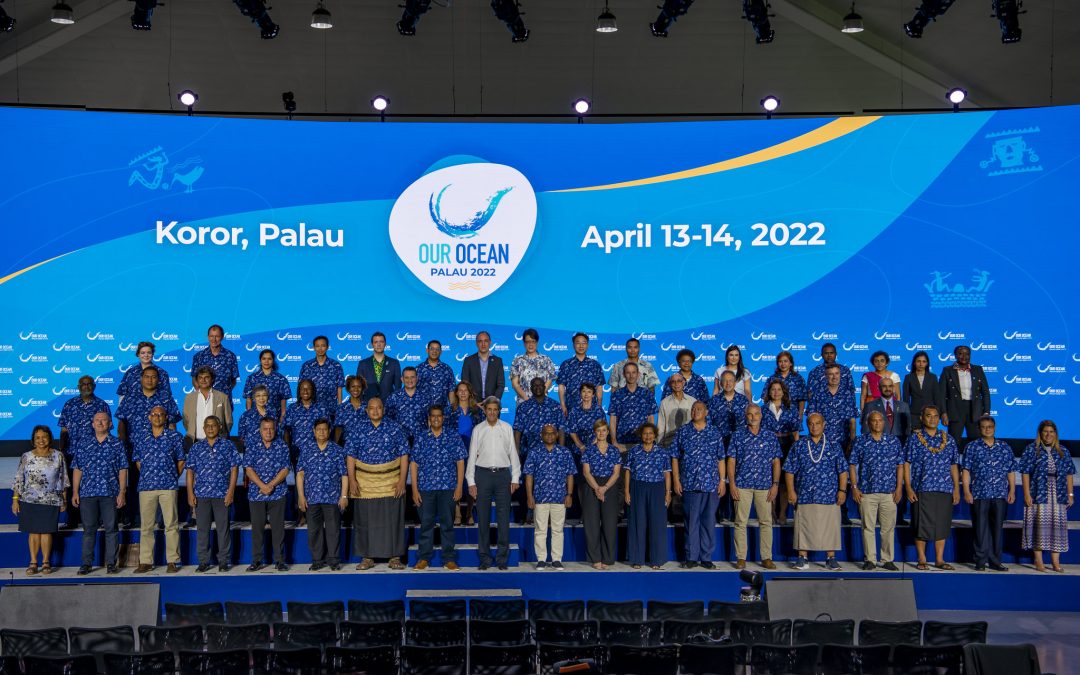 Hagåtña, Guam – Governor Lou Leon Guerrero strengthened her advocacy for sustainability at the Our Oceans Conference held from April 13 to 14 in Palau. She was supported by Chief Advisor for Military and Regional Affairs Carlotta Leon Guerrero, the University of Guam (UOG) Center for Island Sustainability, UOG Sea Grant, and Guam EPSCoR.

“Guam is a leader in the worldwide sustainability movement,” said Governor Leon Guerrero. “With the strides we have made in meeting the United Nations Sustainable Development Goals, our island is well on its way to securing a sustainable future that accomplishes diversifying our economy, improving our food security, and preserving our natural resources. These are all ingredients that will uplift our quality of life, and we look forward to continued progress.”

Secretary Kerry noted the importance of regional leadership making critical contributions toward worldwide sustainability and the essential participation of island people in protecting our oceans.

“It is fair to say that the ocean is our lifeblood,” said Secretary Kerry. “Fifty-one percent of the oxygen we breathe comes from the ocean. So much of the food we eat, so many of the livelihoods that are provided to people come from the ocean. We need the full-throated voice of the island states, because you speak with a particular moral imperative, a particular capacity to be persuasive. We need you to make the difference.”

Governor Leon Guerrero also represented Guam as a Micronesian Challenge panelist. The challenge is a groundbreaking commitment by the leaders of Micronesia including the Federated States of Micronesia, Republic of Palau, Republic of the Marshall Islands, Guam, and the Commonwealth of the Northern Mariana Islands. The partnership recently expanded its goals to effectively manage 50% of marine resources and 30% of terrestrial resources by 2030.

UOG Center for Island Sustainability and Sea Grant Director Austin Shelton was a featured panelist in a special event hosted by the Local2030 Islands Network, of which Guam is a founding member. The network aims to highlight the successful use and implementation of a progress dashboard as used by both the Hawaii Green Growth and Guam Green Growth.

“Together with other islands around the world, we are tracking our local actions on sustainability through the islandwide Guam Green Growth initiative. The public and transparent G3 dashboard demonstrates how Guam is contributing to a global sustainable future,” said Director Shelton.

The Our Oceans Conference may be viewed at ourocean2022.pw.