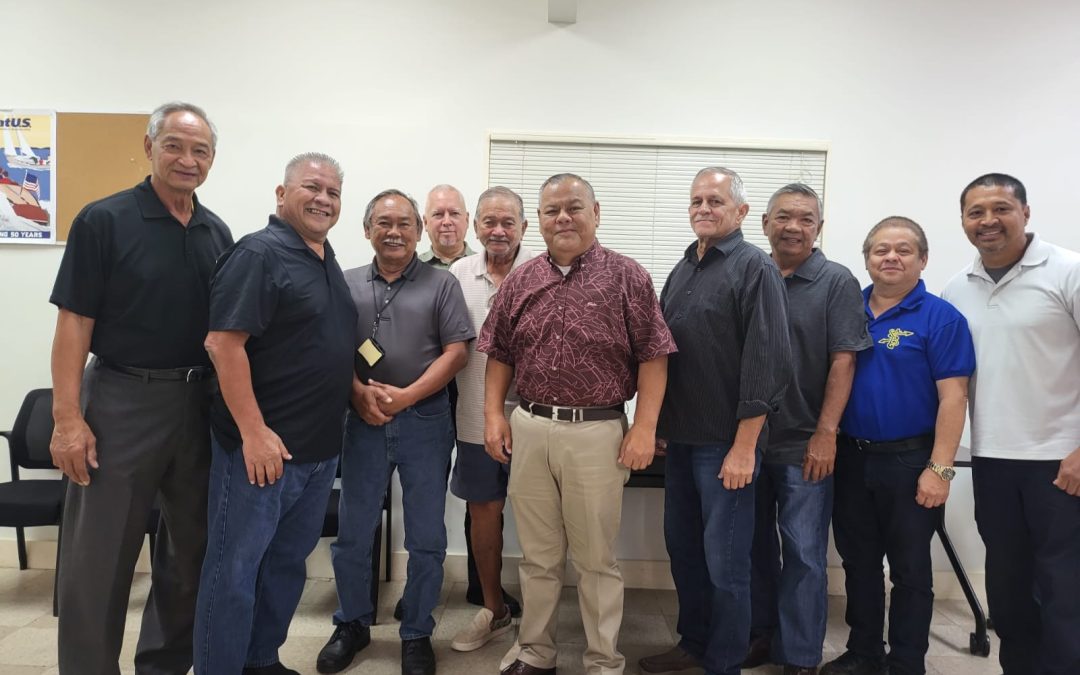 Hagåtña, Guam – The Leon Guerrero-Tenorio Administration announces continued efforts to improve public safety and strengthen law enforcement with two policy initiatives – the launching of the 13th Police Officer Trainee Cycle, and the recruitment of retired police officers to help keep patrol officers out on the beat.

Twenty potential candidates were recruited through the Guam Police Department’s (GPD) job fair, held in collaboration with the Department of Administration and Guam Department of Labor, at the Guam Premier Outlets in February. The new cycle will kick off in October, 2022.

“The launching of a new police cycle signals the growing strength of our command on public safety, and with our administration’s historic investments in law enforcement, we continue working to drive down crime and protect Guam’s families,” said Governor Lou Leon Guerrero. “Expanding the front lines of law enforcement is essential to securing our island’s robust recovery. GPD and their partners in public safety will always have the full force of our support.”

“As GPD continues recruitment efforts, the people of Guam can expect more community patrols and presence, which will enhance the deterrence of crime and foster safer public spaces for all,” said Lt. Governor Josh Tenorio. “We thank these dedicated recruits for stepping up and doing their parts to fortify our foothold in the safer, more prosperous future we are building together.”

The second initiative will bring retired police officers back to GPD.  The Department of Administration has identified the necessary funds, and the Attorney General’s office finished establishing the procedures this week so GPD can move forward with this new program. “These experienced former officers will fill administrative roles at the Department so that we can move more patrol officers out to the streets,” said Chief Steve Ignacio.  The chief met  today with nine of 13 total police retirees who have started the process. Chief Ignacio noted that all returning officers would undergo updated training to bring them up to speed on the current rules and regulations of the department as well as updates to the law.

“Guam has had issues recruiting and retaining police officers as those men and women in blue were often lured away by higher pay for other jobs outside of GPD.  The actions by Governor Lou Leon Guerrero and Lt. Governor Josh Tenorio to raise law enforcement pay was a big step up for our efforts.  And now, we have another tool, recruiting retired officers to fill critical administrative roles so we can raise the overall numbers of police officers,” said Chief Ignacio.

Governor Leon Guerrero thanked the Chief and everyone involved in moving forward these two initiatives. “We are committed to policies that will address these long-standing shortfalls that have existed for decades not only on Guam but nationwide. Our commitment to recruit, retain and pay a fair wage to these men and women who risk their lives for our safety is unwavering,” said the Governor, “this is why we fought for better pay. Not only do these officers risk their lives, it is also a way to ensure that we keep officers from leaving following the investment we make in their training.”