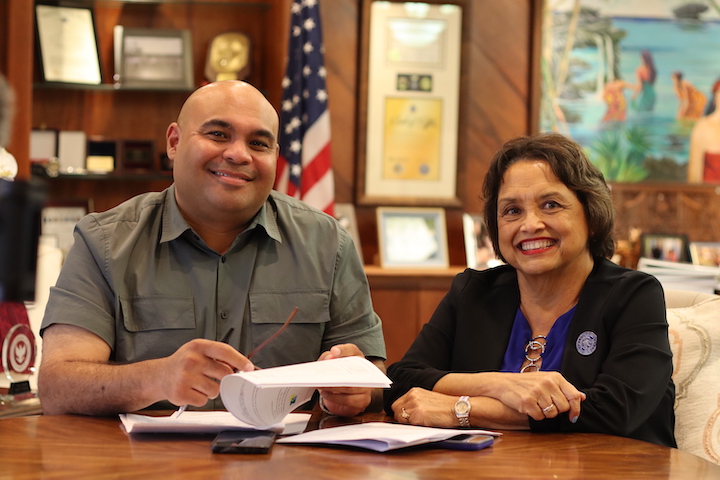 Hagåtña, Guam – More relief is on the way for Pandemic Unemployment Assistance (PUA) recipients who have an overpayment balance with the Guam Department of Labor (GDOL). The Leon Guerrero-Tenorio Administration has approved an additional $1.1 million in PUA Overpayment Waiver Requests this month for individuals whose Application of Waiver of Overpayment were approved. This means the overpayment they received is waived.

To date, over $7 million in PUA waivers have been approved, representing less than half of all anticipated PUA Waiver requests still being processed. PUA waivers were first announced during summer 2021, but were based on restrictive federal guidelines. Approvals then were made on a very limited basis. Governor Lou Leon Guerrero successfully lobbied through the National Association of State Workforce Agencies (NASWA) for the relaxation of PUA waivers, and for guidelines to be less restrictive for Guam. In a letter to Congress in January, the Governor urged lawmakers to support legislative changes to the PUA Program that would allow for waiver applications of all non-fraudulent pandemic-related unemployment compensation overpayments.

“A technical change in the PUA system caused some recipients to receive overpayments, requiring them to repay these funds, which they received through no fault of their own. Although the federal government recognized this and allowed for waivers, we believed they needed to expand it so more people would qualify,” said Governor Leon Guerrero. “I have directed the Guam Department of Labor to work judiciously and expediently in approving waivers. This is one of the many steps our administration has taken to alleviate the hardships facing our people.”

“At a time when our people experienced sudden job loss, the PUA Program became a reliable source of relief. Now that we are working toward economic recovery with many PUA recipients back to work or seeking employment, we continue working to ensure they face no further financial setbacks. Waiving overpayment requests for those who struggled during a time of crisis is the right thing to do,” said Lt. Governor Josh Tenorio.

Additionally, since the malware attack on the PUA software about two months ago, GDOL has successfully processed payments for PUA recipients who have already made payments on their outstanding balances to GDOL. Moving forward, all payments will be issued via check and not through direct deposit. GDOL continues to review submitted waiver requests.