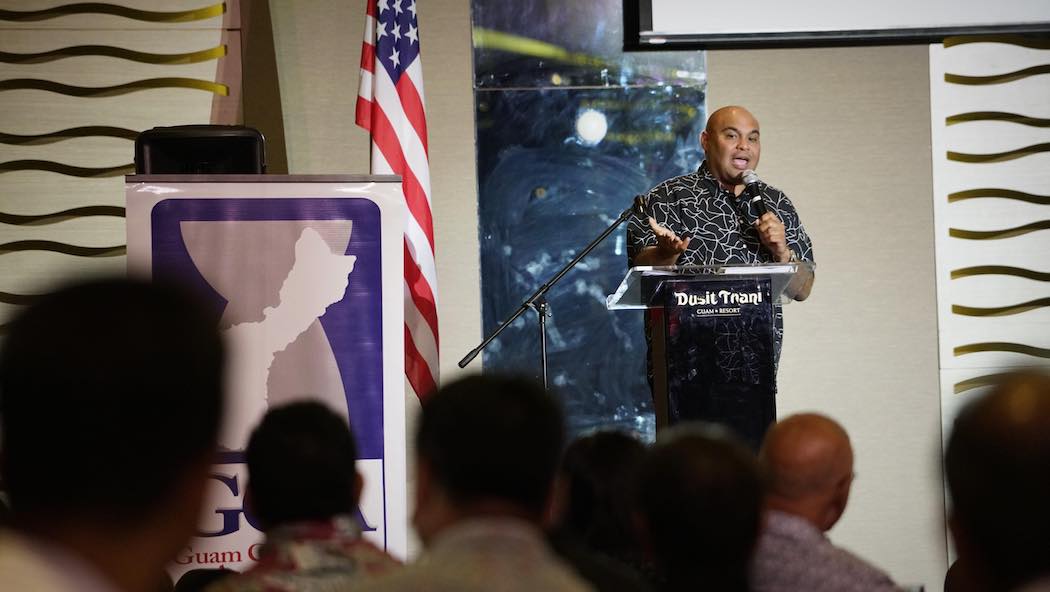 Hagåtña – During Wednesday’s Guam Contractors Association (GCA) monthly membership meeting, Lieutenant Governor Josh Tenorio provided an update of projects, rule changes, reforms, and improvements that address many of the board’s challenges. These challenges include the island’s construction labor shortage for non-military projects, the speed in which permit applications and plan reviews are processed, and the ability to supply workforce housing.

In his update he highlighted 4 major accomplishments that include:

“Addressing the rise in the cost of construction is a high priority of our Administration. Increasing the numbers of H-2 workers allowed to work in Guam is a positive step toward keeping construction costs down and making home ownership more attainable for our residents,” said Governor Lou Leon Guerrero.

“Our Administration looks forward to benefiting from the collective wealth of experience and expertise of our GCA Board members as we draft reforms that will provide a direct benefit to our residents,” added Lt. Governor Tenorio. “Modernizing the application process for permit and plan reviews will have the effect of speeding up the time it takes to finish construction projects and lowering the cost of doing business. This has never been more critical as our island’s residents feel the effects of interruptions to the global supply chain as a result of the pandemic. These effects are being felt not just in Guam, but across the nation and the world.”

After officiating the swearing in of the GCA 2022-2023 Board of Directors, Lt. Gov. Tenorio invited the newly inducted members to partner with the Administration to strengthen reform efforts currently underway to include:

During the meeting, Lt. Governor Tenorio noted the unprecedented increase in active military construction, and the spike in authorizations for Department of Defense (DoD) capital projects on Guam. Based on the last update from NAVFAC, DoD construction workload on Guam is projected to be over $1 billion a year, for four years, with two of those years peaking at over $1.4 billion. He also emphasized that a significant portion of the amounts that have been authorized in the recent National Defense Authorization Act (NDAA) were unanticipated. This is in stark contrast to the relocation of the Okinawa Marine Base that island leaders have anticipated and planned for since 2010.