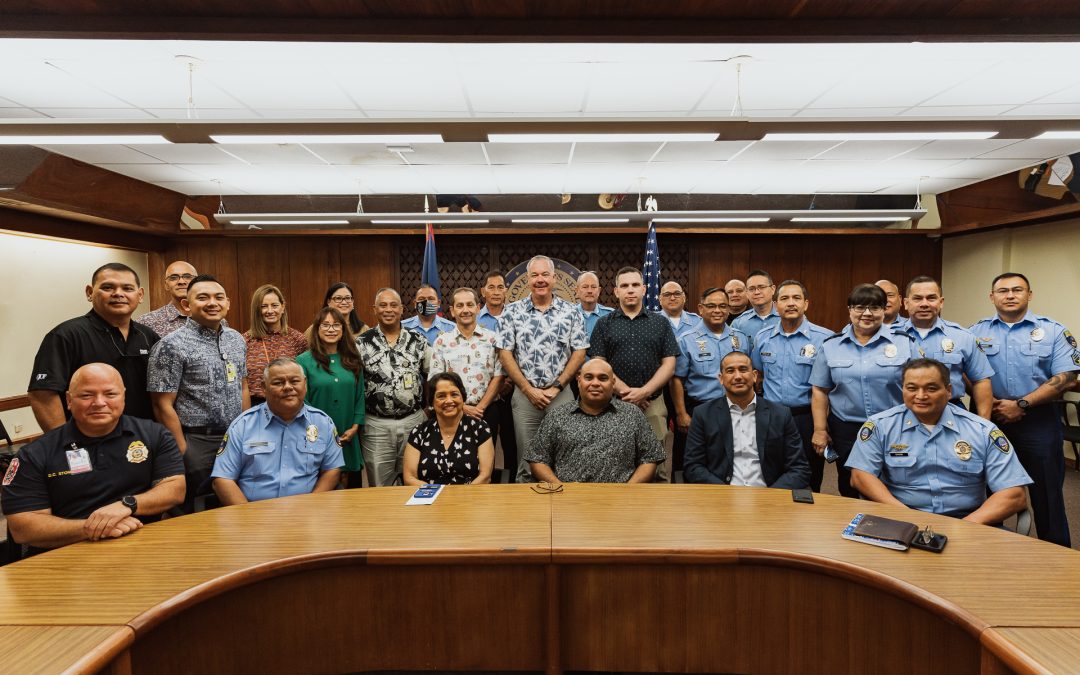 Hagåtña, Guam – The Leon Guerrero-Tenorio Administration announced today the signing of a contract between the Guam Police Department (GPD) and the Hawaii-based consultation group Banyan Networks, which will provide an assessment and recommend solutions to improve the Government of Guam’s Land Mobile Radio (LMR) system. Governor Lou Leon Guerrero and Lt. Governor Josh Tenorio, flanked by public safety leadership, met this morning with representatives from Banyan Networks to begin initial discussions on the scope of work ahead.

“The current communications system used by public safety officials and emergency responders has outlived its useful life, and in no way supports the growing prosperity of our island,” said Governor Leon Guerrero. “Ensuring that our communications resources are up-to-date will increase law enforcement efficiency, enhance inter-agency coordination, and build on our investments in those who serve on the front lines of community crime prevention and response.”

“A new system will improve the quality of mission-critical communications and empower the lifesaving work of our first responders,” said Lt. Governor Tenorio. “In addition to implementing a new 911 emergency system, our administration continues to focus on strengthening the foundations of public safety and, in so doing, advancing our whole-of-government readiness.”

The LMR is a push-to-talk two-way communication system designed to provide instant and secure transmissions in a broad spectrum of environments. The current Government of Guam LMR system was implemented in 1989 and has since been identified by public safety officials as a priority for assessment. In collaboration with the Office of the Attorney General of Guam, GPD issued a Request For Proposal in May 2022 and, after evaluating the three proposals received, selected Hawaii-based Banyan Networks as the consultant. Banyan Networks will assess Guam’s LMR inventory and infrastructure, and make recommendations to develop a new system design.

The announcement was broadcast live via the Governor’s Facebook page. To view the ceremony in its entirety, visit facebook.com/govlouguam.