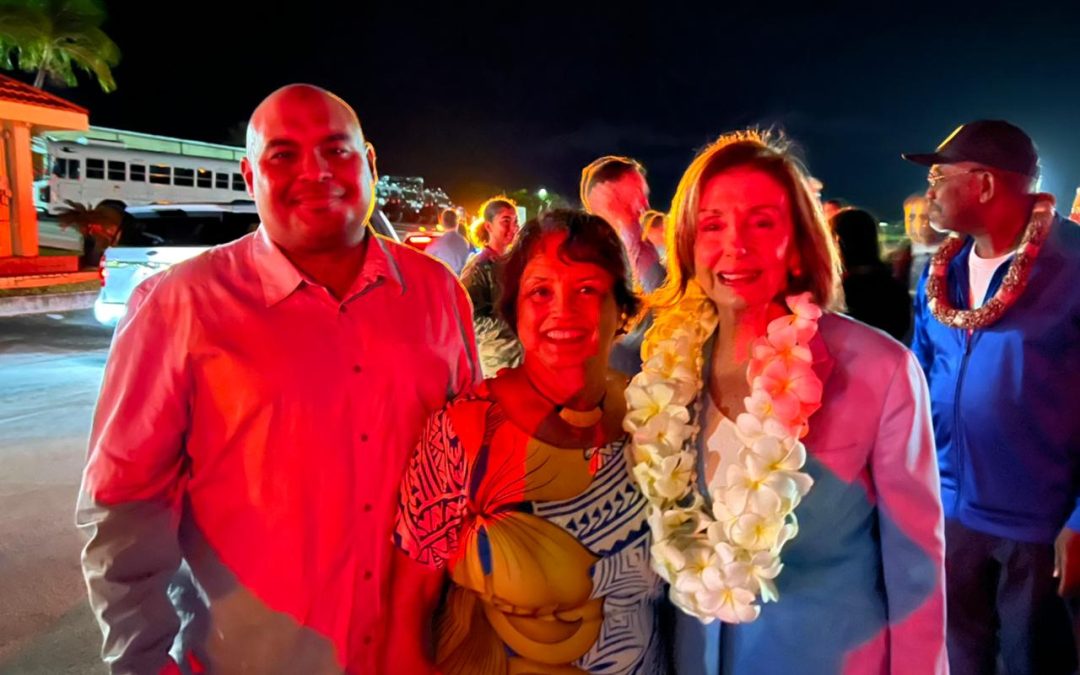 “Speaker Pelosi expressed she was honored to meet with me during the stopover. We talked about the strategic importance of our island in the Indo-Pacific Strategy of the United States, and she thanked the people of Guam for our patriotism. It was certainly an honor to welcome her, and it is this recognition and positive reputation that we must continue to maintain in Congress,” said Governor Leon Guerrero, who noted consistent communication between the Leon Guerrero-Tenorio Administration and military leadership. “This will ensure Guam gets the maximum benefit from the military buildup and that federal and Guam laws are complied with regarding the protection of our environment and culture.”

“I appreciate their visit and the opportunity to share Guam’s key role in overall national defense. My exchange with the delegation yesterday will help build future discussions on critical issues impacting Guam that need federal action,” added Governor Leon Guerrero. “It is always a pleasure working with the Speaker, whom I worked with previously to secure the increase in Medicaid funding for Guam from $18 million to $133 million. My office continues to engage with Congress to ensure the continuation of this increased level of funding.”

Governor Leon Guerrero and Lt. Governor Tenorio have built strong relationships with military leaders as well as members of Congress from both political parties, including Speaker Pelosi, which allows them to strongly advocate for Guam’s interests. In 2020, the U.S. Navy presented Governor Lou Leon Guerrero with the Navy Distinguished Public Service Award for her leadership during the COVID-19 pandemic and efforts to preserve the health of sailors assigned to the USS Theodore Roosevelt.

The delegation members are: